The More Perfect You Appear on Facebook, The More People Will Hate You 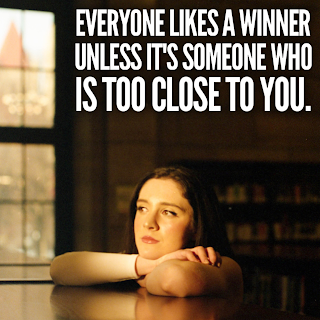 I have learned a lesson during my time on Facebook, and it was an eye-opening realization.  It was that by appearing too perfect I had alienated my friends and family.  By its very nature, Facebook lends itself to easily allowing one to appear perfect, exotic, and interesting.  One can easily hide their flaws on Facebook, and the more one takes this to the extreme, the greater others will become angry.
We all have flaws.  It is no question that I come with many flaws.  Yet, like most people, I don't like to talk about them.  I also have a lot going for me, and that's where the problem lies.  Sometimes it seemed like I had it all to many of my friends.  I had plenty of degrees from good schools, good grades, a wonderful marriage, awesome family, constant travel, plenty of money, a good business, many skills in various areas, and much freedom.  While I mentioned the stress that came with my job as a teacher and the issues that came out during my travels, it sounded romantic and larger than life to many people.  In essence, I could complain about having a rough day walking around Beirut or having diarrhea in Dahab, but I knew people who would only dream of experiencing that kind of life. 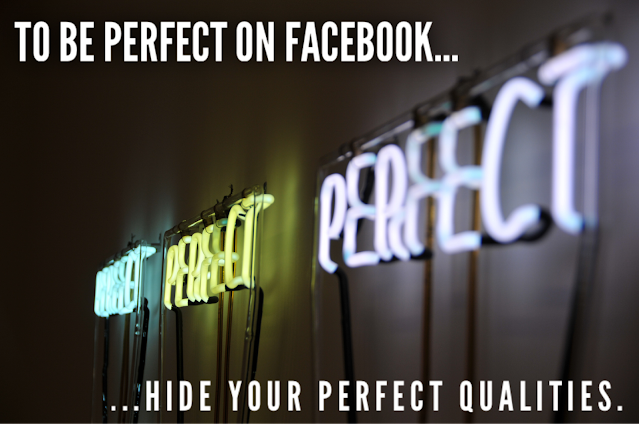 Over time I could tell that many of my friends were being alienated and felt very distant.  I created this air of being perfect and having a life that could not be attained by any person I knew.  I could even tell that many had stopped commenting and following, and only my most recent friend-acquisitions followed me, but sooner or later they would quit reacting or interacting with me.  It was kind of depressing because otherwise, I had everything I could want in life.  Yet, I felt alone - looking to Facebook for some kind of self-esteem boost, or validation that I was making it in the world.

"The human has a hard time dealing with feelings of inferiority.  In the face of superior skill, talent or power, we are often disturbed and ill at ease; this is because most of us have an inflated sense of ourselves, and when we meet people who surpass us, they make it clear to us that we are in fact mediocre, or at least not as brilliant as we had thought.  This disturbance can't last long without stirring up ugly emotions.  At first, we feel envy: If only we had the quality or skill of the superior person, we would be happy.  But envy brings us neither comfort nor any closer to equality.  Nor can we admit to feeling it, for it is frowned upon socially - to show envy is to admit to feeling inferior.  To close friends, we may confess our secret unrealized desires, but we will never confess to feeling envy.  So it goes underground.  We disguise it in many ways, like finding grounds to criticize the person who makes us feel it.  He may be smarter than I am, we say, but he has no morals or conscience.  Or he may have more power, but that's because he cheats.  If we do not slander him, perhaps we praise him excessively--another one of envy's disguises." --Robert Greene, The 48 Laws of Power.

Robert Greene continues, stating "let envy turn inward and it poisons the soul."  There is no doubt to the truthfulness of this quote.  We have all seen an envious person who tends to fall apart.  I have had the joy of watching an envious person fight envy with manufacturing pity for themselves.  It's sad.  Others lash out with intense furor.  And others still sulk or disappear, hoping that inaction will manifest greatness.  You can't turn a void into positive change in your life, and garnering pity will never give you that dream life you crave. 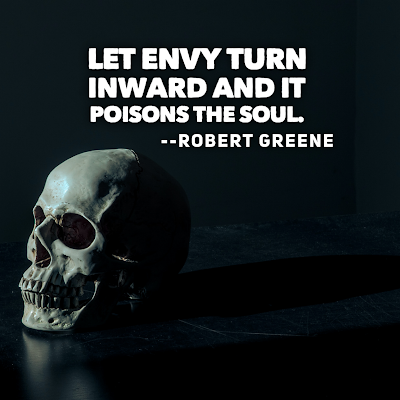 What does one do, when confronted with the ugly face of manufacturing envy on Facebook?  Well, looking back, I realized that it would have been far better for me to have tempered it, or even hid it.  The whole world does not need to know the things that I have accomplished.  Friends and acquaintances, sadly, are those who feel the sting of envy the strongest.  If I told a complete stranger that I had got a promotion at work, he would not feel envy's sting.  Yet, if I told this to my co-worker or someone who knew me better, jealousy would strike with fervent heat!
It would be better to keep things quiet on social media.  Yet, this is counter to what social media is for, which is advertising how AWESOME you are.  Instead of posting pictures of your vacations, or telling the world about your accomplishments, it is far better to downplay them or ignore them altogether.  If you want to be closer to others, give them the pleasure of talking about themselves.  The more you accomplish in life, the quieter you should be.  This is especially true if you want to keep your friends.  Wise people know this.  I didn't.  I do now.
To combat this envy, some would say that it is wise to manufacture some kind of flaw and subtly mention it on Facebook.  Don't make there's think that you are perfect, which is easy to do on Facebook (and especially Instagram).  Don't get me started on Instagram, which is a perfect envy creation mechanism that will spark such strong feelings of jealousy.  Later I may talk more about that, but I don't think I need to.  I think all people know that going to Instagram is bound to make one feel incredible feelings of envy, so why in the world should I bother writing about it?
I had much to be happy about, but it made more sense for me to speak about the mundane things of life.  Or better yet, it would have been better for me to not talk or share anything at all.  It would make more sense to get others to open up or speak, but for me to do so was not wise.  Even better, it is wise to not be on social media if you are too busy owning real life.  If you can not share the joys of your life, or if your life is too good (and it is healthy to think positively), then you should back off.  They say optimists have better health than those who are pessimistic by nature.  Yet, Facebook is incredibly pessimistic.  You saw in my previous post how it ripped apart my precious in-law.  You read about how Facebook is a bastion of negativity like none other on earth.  There is no doubt that you understand just how people are envious when good things roll in your life.   Envy is NASTY!! 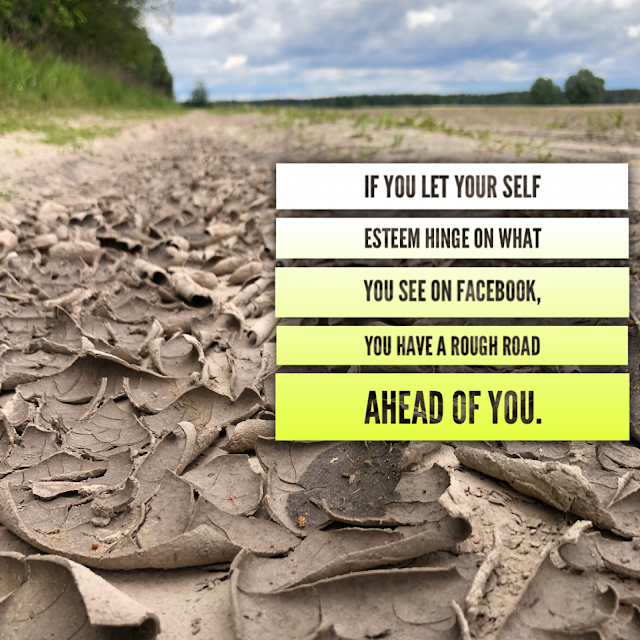 Let's be real here.  Let's be 100% real.  Envy is real.  Facebook is falsehood.  Either conform and appear the same as everyone else, or get your mind out of that gutter and reap the rewards of a life lived according to your d-d-d-d-dreams!

Even (especially) off Facebook, I am going to be rocking the world.  I will still do whatever I put my mind to doing.  I am not going to let envious people on the internet hold me back!  If people on Facebook don't want to see you win, don't show them.  You don't have to display your winnings to the world.  Private victories KICK BUTT, too.  Anything that is great will be noticed by those who need to notice it.  Your mind is waiting for positive thoughts and positive thoughts are not going to roll in if you are plugged into the wasteland of social media.  Let them think as they want to think.  Let them be envious of each other.  REMOVE YOURSELF FROM THE EQUATION!!!  Get ready.  Get set.  Live your best life!
Labels: Accomplishments Arrogance close friends envy jealousy