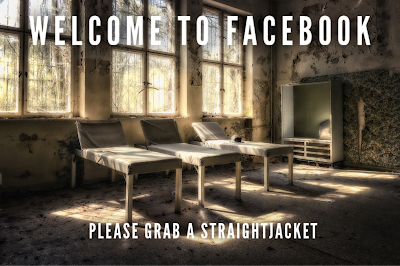 There is a danger that comes with using Facebook that few people really understand.  That danger is basic, yet it is ignored by almost every user of the site.  By speaking, we tell more about ourselves than we should.  The more a person says, the more they end up looking foolish.  The more you say and share with the world, the more you reveal about your insecurities.  Everyone has weaknesses, yet it is in our best interest to not share those.  Want to know a person's weakness in life?  Want to know the insecurities of a person?  Look at their Facebook profile.

Even a fool who keeps silent is considered wise; when he closes his lips, he is deemed intelligent.  Proverbs 17:28


Everyone has a weakness.  Robert Greene calls it the "gap in the castle wall."  Usually, it is an insecurity, an uncomfortable emotion, or a need.  It may be a small secret pleasure.  Every person has some kind of idol, a soft spot, and many people end up sharing this information on their Facebook page.  Want to see a foolish person?  Scroll through their page.   The more that they say, argue, and complain about something in their life, the more foolish they will look.

Facebook is the land of arguments, yet arguing is never wise.  Arguing on the internet is even stupider than arguing in real life.  Facebook has turned into the staging ground of internet arguments.  Now more than ever, families and so-called friends take to Facebook to argue, fight, and get into each other's business.  Whether it is current events such as police brutality, or the recent pandemic, everyone is all too eager to let their stinky opinions out as if the whole world cared about them.  This reveals much.  It is wiser to keep quiet about such things.  Once you spill the beans, you can never put them back.  Silence is golden.  Yet, for us people who lurk, gathering information on others, Facebook can actually be a gold mine. 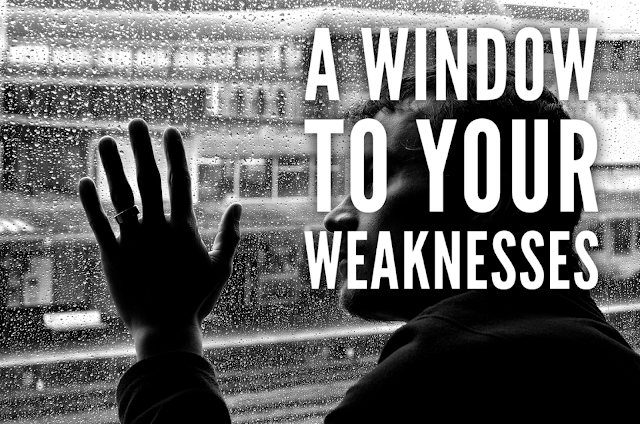 Nothing opens up the nastiness of human nature like social media.  Here you can see the inner workers of the mind, and come away astounded at just how vile and disgusting people can be.  Here you can watch self-destructive behavior arrayed right in front of you.  People spend many of their precious moments of life trying to get others to think like they do, even though this runs counter to the laws of nature.  You can't make someone else think like you do because everyone comes from vastly different backgrounds and lives different lives.  By thinking you change the thought patterns of other people to match your own way of thinking creates friction and anger.  The person who lives to make others think like they do does not really live.  It is the peak of insecurity.  The height of negative self-esteem.  I have watched people do this.  I know one person who claims to be an adherent to veganism who spends her life trying to get others to think exactly like she does.  In the end, she blows up into these tantrums because the world does not agree with her.  That's a weakness right there - the need for self-justification, a want to be relevant.  A gap in the castle wall.  How easy it is to find them once you start looking for them.

I had this other friend who complained to me that her Facebook posts were not getting enough likes.  That's really a shame.  Don't you live for more than that?  Does being seen by others give you something to live for?  Her weakness:  Self-image.

I have watched couples break up in the nastiest divorces that spilled over onto Facebook.  The fights and anger made for one rotten spectacle.  Everyone was a party to it, and their many weaknesses were all too apparent.  Anger, jealousy, greed, want of power, need to be right, quick to anger, self-doubt, need to be right, a need to be seen as a hero.  How sad it is. 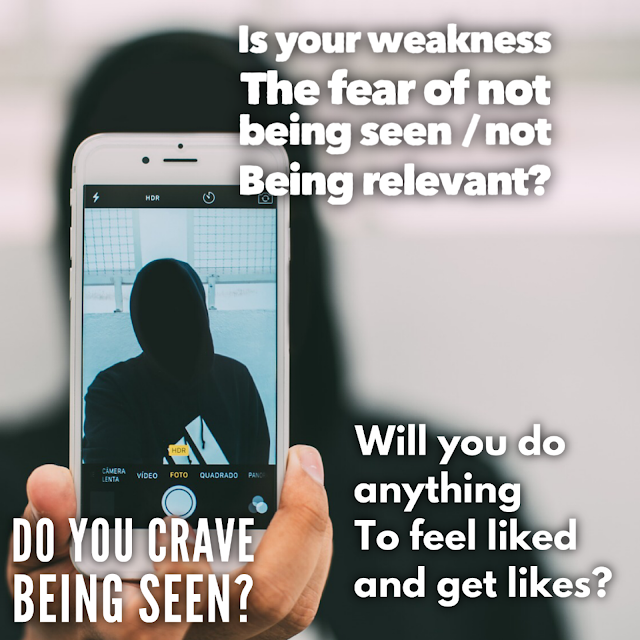 I love to journal, and I took it upon me to take note of the weaknesses of people I found on Facebook.  It was an interesting activity and one that was quite easy to do.  I found more than one sex addict, many who wanted to be seen as intelligent, many who got caught up in the trap of politics, some want to be seen as a good enough Christian, others live to be seen for their generosity and will share every gift they give.  You can tell the people who want to be popular, their posts are loaded with selfies and all kinds of poses in a bid to get likes.  I knew this one person and I could always tell when she was trying to get likes because she would throw up a new selfie with a ridiculous pose.  Sometimes an animal was thrown in the mix.  The animals were not even hers!

There's this one person I know who literally has this undeniable craving to be the smartest person in the room, and if he is challenged, he goes literally ape split when anyone challenges him to anything, even over something not being salty enough.  Talk about a salty fellow!

Then there are those folks who comment on literally every single post they see.  Their insecurity often leaves a vile and putrid film behind it.  One guy who I know can not stand being wrong, and will literally have a temper tantrum if anyone even hints that he's wrong.  He has this need of being seen as relevant and helpful, and an intense fear of getting old and being like his dad.  But, what's funny is that he's the mirror image of his own father! 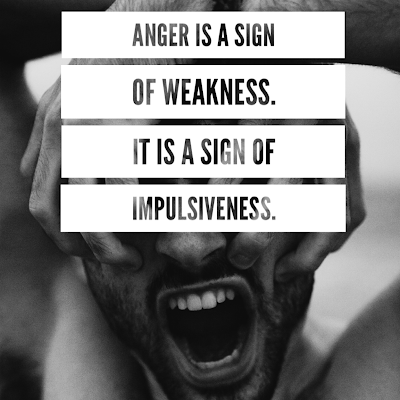 And there's this other guy who I had the privilege of knowing, who is a political junkie.  He will get angry at the drop of a pin.  I'm talking about full-blown Facebook temper tantrums.  If you disagree with him, even if you are his own child, he will rake you over the coals in front of all his friends.  And they all seem to love it.  He gets the likes and keeps putting on a show, even though he looks like a gorilla who can't control himself.  Anger is not power, though.  It's a sign of impulsiveness and it makes you look incredibly weak.  You can't take every matter in life personally, but here it is seen that you do, and that's not a good thing.  The weakness?  This poor chap takes everything way too seriously.

I have watched as people use Facebook as a medium for gossip, yet at the same time, they claim that they are "above that."  Actions speak louder than words, and on Facebook words are, paradoxically, also actions.  If you're gossiping but you are saying you are not gossiping, you're gossiping!  In fact, if someone posts a lot about something that they don't like, that's a window into their weaknesses.

If you want to know a person's weakness, look at their style of posts.  Do they fixate on a subject?  They are probably insecure about it.  Do they pound their chest?  They are probably weak and insecure.  Do they try to impress with selfies?  They are also insecure about themselves.  Fishing for likes is one way that this weakness stands out.  If you see someone posting a lot on a similar theme that gets them a hoard of likes, they are living for the like.  Especially if this person is on Facebook daily posting the same exact thing.  Many do.  They post what gives them that psychological reward, and they keep coming back for more because they are hopelessly addicted to that feeling.  The weakness is being fed.

It is not wise to spend your life on Facebook telling your life story, as if the world is standing in rapt attention, salivating for more (they are not).  It is also not wise to show your anger on Facebook.  It is not wise to invest/gamble your self-esteem on Facebook.  It is like a vice, that will pull at you every day of your life.  It is an addiction.  And if anything, those who spend their lives hooked on Facebook are showing that they have a tendency towards addictive behavior.  There is probably some other addictive behavior in their life as well.  It could be drugs, alcohol, sexual behaviors, self-destructive tenancies (Facebook is often self-destructive) or something else.  Humans are wired towards addiction it seems, and everyone has their poison of choice.  The addiction of being seen, heard, and thought of as higher than your station in life will only hurt you in the end.  Yet, for those who are inclined, Facebook is a great place to see the weaknesses of your fellow man. 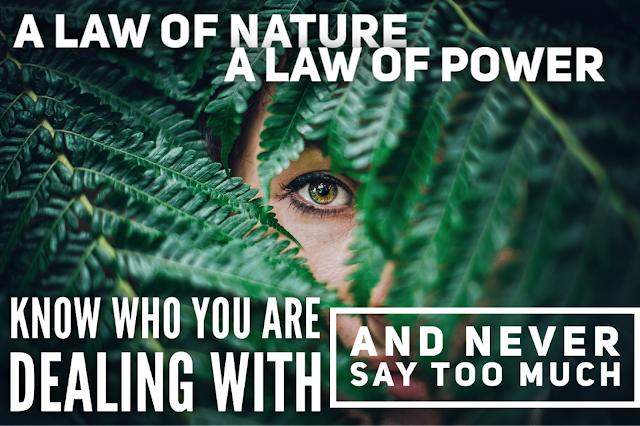