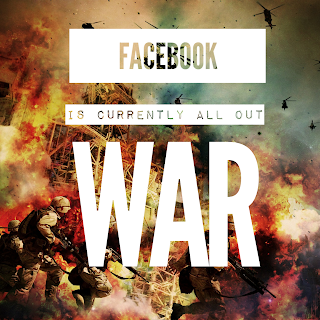 This is nothing new.  Wars have long been fought on social media.  But, the current ones are somehow worse than ever before.
I have always believed that too much free time is not good for a person, and once a person has too much free time, they tend to get into trouble.  Some of that trouble is arguing on the internet.  I think I can safely say that I have never seen so much arguing as currently seen on Facebook.
In the United States, the current BIG arguments include:

•Donald Trump and the Conservatives vs. the Liberals, Joe Biden supporters, and the so-called "Never Trumpers."

•Arguments on the current events regarding police brutality and racism, including the death of George Floyd.

•Arguments over Covid-19 and personal freedoms.

These three large battles are all raging on at once.  In the background, many battles continue, such as Second Amendment gun rights, vaccines, and conspiracy theories of the sort.
If one looks at history, they can see that people who have largely agreed with each other tended to congregate with similar people.  If you look at a map of the United States, you will see some areas that are strongly conservative and some that are strongly liberal.  Looking at the world, you will see countries where certain religions dominate.  In those countries, there are often pockets of different religions in certain areas.  For example, when I lived in Egypt, Coptic Christians and Muslims congregated in their own areas.  In New York, there were certain areas that were prominently Jewish and others that were Chinese, Indian, etc..  This may not seem ideal, but it seems to work in the real world because people who have things in common get along with those who share their commonalities the best.  This is also true with your friends.  You do not hang out with those who you don't have anything in common with.  Generally, people would co-exist with their own type and sometimes visit places that were different.  While I think that it is a great thing to visit places outside of your comfort zone (and I do often), it is not a good thing for many people to go onto a website where all types of different ideologies are relentlessly argued back and forth from the safety of one's own home or behind the aegis of a phone.  Some people, for better or worse, do not have what it takes to engage with those who do not think the same as them.  This may sound harsh, but it is true.  There are some who just can't handle different ways of thinking.  In the end, there will ALWAYS be people who think differently than you on many issues, and sometimes those ways of thinking will be disturbing to you.  The best thing to do is to PRACTICE KEEPING YOUR MOUTH SHUT.  This is hard on Facebook because everyone is yelling and screaming as if their opinion is the king of all opinions. 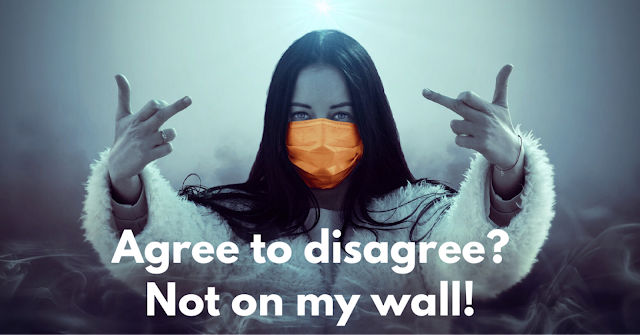 With social media sites like Facebook, you have this mix of ideas and people who are actually willing to spend huge chunks of their lives defending their opinions.  What good does it do?  Are you going to change the world by posting another meme?  One common post states that we have to DO something and if you don't, you're basically worthless.  What exactly does "doing something" on social media entail?  Are you really saving the world sitting there in your chair making a lot of noise?  Most people who think differently on social media will unfollow you right when you climb up upon your soapbox.  That begs the question, are you changing the world or are you merely preaching to the choir?  In the end, you are just sitting online and becoming more irate and angry as the world of politics drags you deeper in.  Preaching your message to people who already believe what you have to say does nothing at all except make you feel like a rat running around on an endless wheel. 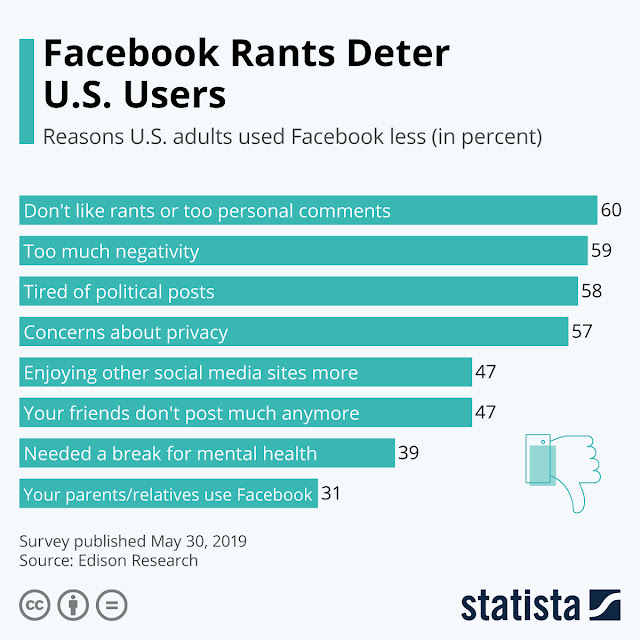 I look at my own family (and others) and see many people who have never got along with each other.  I see some people who will not speak with one another again.  That's just how many people are.  They have always been that way.  People will leave you and ignore due to your ideological beliefs if you try to constantly push those unwanted beliefs on others.  I agree that there are some changes that need to be made in the world, but they are better made through laws or real-world change instead of these silly Facebook ideological wars!  It is a psychological battle that will cost you your own sanity and well-being in the end.
I have noticed that many people who were comfortable on Facebook are actually now taking a break.  They say that they will come back when things change.  But, will things change?  Facebook has morphed from a website where you shared who you were to other college students to an ideological battleground where the person with the best memes and snarkiest arguments wins through a battle of capslock.  It is a death ground where the person with the most free time can pump out arguments like machine-gun fire until death takes them out of the world.  What a life!
Labels: Facebook and Politics Facebook Politics