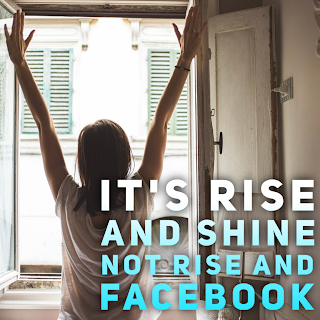 •Wake up, feel the urge to check my Facebook account. If the app was on my phone, it likely had a number on top, which signaled that the things I posted, whether they be my photography or thoughts, received a like. This "early morning like" felt good, and signaled to my brain that I would need to check back later to see if I got more positive reinforcement for my creative skills.

•During the day, I would find something to post about, or feel compelled to check Facebook to see if anyone else was posting. Some of the posts were quite interesting in a voyeuristic kind of way. A fight between two family members may have caught my interest, and I would sit back and see where it led. From a psychological perspective, this allowed me to look into the lives of others and see their inner workings, which I would take mental note of. Others would often jump in, and such fights would explode in a spectacular manner. In this sense, I was totally hooked, because it added a form of excitement to a life that can often feel mundane.

•If I was traveling, I would feel like keeping everyone updated on my day-to-day life. The excitement was something that I liked to share, and I really liked the feeling of being almost a "reality tv-show star" and writing about my exploits in Tbilisi, Sharm El-Sheikh, Kathmandu, Kerala, Beirut or any of the other places that I have recently visited. These trips tended to generate interest, and it seemed to be an easier (although emptier) way to document my travels.

•At lunch, it was a good time to share some of the cooking that I had done. I enjoy cooking exotic foods that I learn about when traveling, and posting them to Facebook was another way to get recognition for my growing skills in this area. I would post a picture of the khachapuri or vereniki that I made.

•As the day progressed, instead of taking notes about books I was reading, exercising, or writing, I would often be checking Facebook as the various likes came in. When one came in, I felt good, and all the more awaited the next one. I also would check in on that fight between my family members, just for good measure. Who would be the first to use the block feature? And once they did, what would the commentary on their page be?

•As evening rolled around, I realized that I had wasted another day, and instead of doing anything productive with my time, I would just lay in bed in a kind of stupor. Guess what I was doing? That's right: Looking at Facebook again. How did that fight go? Oh, one blocked the other and the conversation was either deleted or over with. It was time to their page and see how it went down in their eyes. Now for the rallying of sympathetic friends. I would post another picture and repeat the process the next day. Fun!

As you can see, life on Facebook is quite empty.  While it looked like I was doing a lot (moving across the world, traveling all over the place, cooking, being creative, and doing all kinds of recreational activities, the truth was, my life was pretty empty.  I was not really accomplishing anything new, I was just riding on my past accomplishments.  New goals were not being made, life was stagnating, and I was vicariously enjoying the drama of others who, deep down inside, I probably didn't really like so much.  I would try to post uplifting comments on people's pages, but it was a pointless endeavor.  I grew annoyed by the constant barrage of political mumbo-jumbo and all the angst, and deep down inside it made me lethargic and resentful.  How would I pick up and read a new book or want to write something if I was on Facebook and seeing all that GARBAGE all the time? 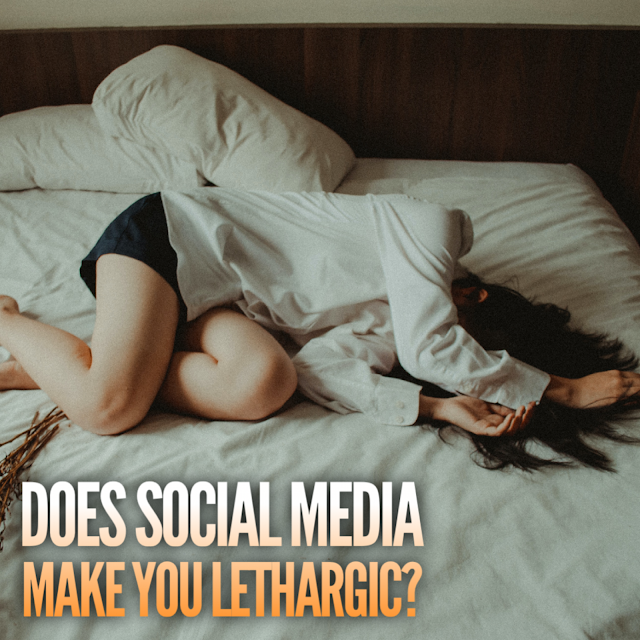 There comes this critical moment where one realizes it is time to WAKE UP and do something positive with one's life.  Maybe it's the realization that everything has stopped and life is mundane and depressing without action.  That moment came to me when the current epidemic hit, and I realized that it was time to revive this blog and make some big changes in my life.  The first thing to go:  Facebook.  The new task: more writing, a lot more reading, and getting fit and healthy.  After moving back to Ukraine to teach, I realized that I wanted a new life.  It was time to re-evaluate every single thing that was getting in my way of actually living life.
So, what does life look like now?

•I wake up at 5:30 AM.  I read the Bible, I then read the current book that I am working on.  I am enjoying Robert Greene lately.  I read for about half an hour.
•I then go on the treadmill and listen to video commentary about the books that I am reading.  This reinforces what I am learning.  I highly recommend the Illacertus channel on YouTube.  That woke me up from my stupor BIG TIME.
•After my work out, I bathe and spend time with my wife and talk about life and our goals.  I relate to her what I am learning, and she shares her own views (we are both avid readers).  We have breakfast as a family.
•After breakfast, we go for a walk in the nearby forest.  It is a chance to further talk about life and spend time together.
•At home, I work on creative projects, journal, read and take notes on the books that I am working through, and we homeschool our daughter.  I also prepare for my job, which is currently teaching online.
•In the evening, I teach.  I use the lessons that I learn in my classes and use it to improve myself as a teacher.
•I go to bed at 10 pm and prepare to start the day again.

Facebook and social media do not factor into this time.  If I was to use social media, I would use it for a purely business-like purpose.  I have tried to create various Instagram accounts in the past to earn money, but have yet to feel engaged enough with the process to love it.  Instead, I find myself returning to writing or looking for new creative ways to earn and contribute to society. 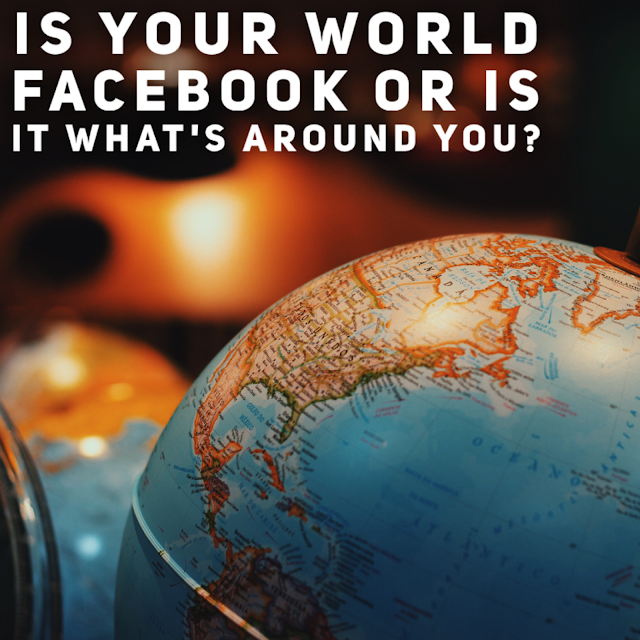 Instead of Facebook, I fill up pages of notes from the books I am reading and go back and review them.  I work on my health, future plans, relationships with those who are around me and plan on how to make life better in the future.  Instead of worrying about what people think on social media, or getting into the negative thinking that permeates Facebook, I am growing through my own studies and seeing the world in a new and more positive light.  A part of me cries out to go on Facebook and share this, but I have long ago come to realize that people on Facebook do not want to hear this.  They are complacent and think that they are happy with the reality that is in front of them.   Reality shows that they are not really happy, but if you state that, you will enrage them because people do not want to think that there is something wrong with their life and what they know.  It is often better to remain silent than to enrage others.  People on Facebook are oftentimes only one pin-drop away from being enraged.  The whole site reeks of fear, anger, and opinion that for most, their time on there is like a ticking bomb, ticking towards the next explosion.  It's best to stay far away from that kind of thing.
Robert Greene states:

"You can die from someone else’s misery — emotional states are as infectious as diseases. You may feel you are helping the drowning man but you are only precipitating your own disaster. The unfortunate sometimes draw misfortune on themselves; they will also draw it on you. Associate with the happy and fortunate instead."

There is much truth to this statement, and I have learned this the hard way in life.  Perhaps this is the NUMBER ONE reason to get far away from Facebook and social media.  It's loaded with people who are emotionally challenged.  Demented minds seem to know no bounds upon the pages of Facebook and other forms of social media.  I have long ago learned that being around such people is a pox upon the landscape of life, and dealing with some of my own family members has taught me to run far away from such things.  So, why should I go on Facebook?  Such feelings are infectious, and they will eat away at any creativity that you have in you.  Family is often well-meaning.  They will often tell you that they love you.  Yet, some of them can be truly rotten people to spend time around.  Their posts can also depress and make you want to crawl in bed rather than build your own empire.   "It would be a great thing if we could raise them up, change their patterns but more often than not it is their patterns that end up getting inside and changing us" (Robert Greene). 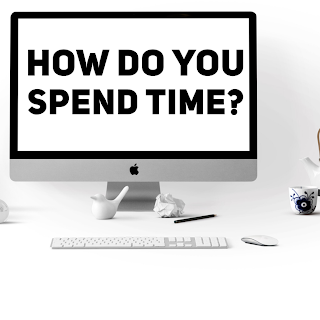 When I am not on Facebook, I am a far more creative person.  I have made it a personal goal to accomplish one creative project per day.  This post is today's creative project.  It helps me put my thoughts into words and further allows me to cement the knowledge further into my mind.  I could share a post on Facebook that I tend to agree with, but the problem is that few would read it, few would care, and it would do nothing to reinforce it in my own mind.  Doing a creative act, such as writing a post, or applying my knowledge into a project like this one cements what I have learned deep in the recesses of my brain and allows me to further apply the lessons in my own life.
I hope this post has helped you.  I am sure that there are many people who have seen how productive they became after leaving Facebook.  I am also sure that there are some very creative people who have some amazing ideas that could be manifested if they just got off Facebook and lived their life.  Life can become mundane if nothing changes, and nothing will ever change if you live your life plugged into Facebook hoping for the momentary pleasure that getting a like or a share gets you.  Who cares what others think as they pass by your post?  Few will read all you had to say.  Most will not even glance at your picture for even a second.  I have watched how people like posts.  Scroll and like, continue to scroll, and like, without stopping.  It's not worth the positive reinforcement such an action gives.  Wake up and live.
Labels: A world without Facebook Accomplishments Arguing on Facebook Blogging Deactivating Facebook Disappointed by Facebook Facebook and Productivity