One of my readers asked the following question:


I have a huge problem with Facebook. I'm very addicted to that site and it's really hard leaving it. I feel bad because it takes all my time, I can't focus on my work, on people I care, on my personal life... It's frustrating when I realize that I have spent hours for nothing, and I could have done something really useful. I can not even concentrate thinking about who have commented on my posts or clicked like on them. Sometimes I feel so depressed... I tried to deactivate few times, and one time I have endured 3 months without Facebook, but over and over again I come back. I feel horrible, and I need help from this addiction. Please help me and give me advice how can I quit it without any pain...

First, I want to let you know that you are not alone.  There are legions of people who know that Facebook is not right for them, but they are compelled to stay on the site for various reasons.  For example, I had a family member over last week who was talking to me about Facebook.  She said that she has considered leaving Facebook but when she logs back on she sees posts from other family members about things that they will not tell her in person.  These topics include her grandchildren being in the hospital, or other family members getting ready to have a baby.  She realizes that if she leaves Facebook that she will probably not be told about many of these events.  Should she leave Facebook?  That's the question that she is dealing with.

The reality is that there is a huge problem when family members and those who we care about rely on Facebook as the sole medium in which to learn about the happenings of their lives.  It is as if common etiquette has been lost.  What ever happened to making a phone call or sending an e-mail?  Has Facebook made us lazy?  That is the question I find myself asking, and is one reason why I am fighting Facebook by not being on Facebook. 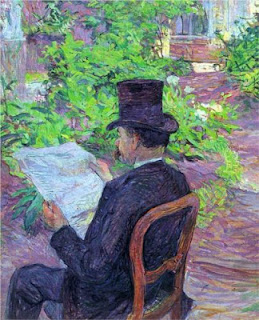 When I used Facebook, I found that I was checking the site multiple times a day.  Oftentimes I would have a browser tab open with Facebook at all times.  I would check it right when I woke up, many times throughout the day, and right before bed.  I would think about it often.  For example, at school I would think of checking Facebook between classes.  I would wonder if something I had written earlier would anger others.  I would wonder if anyone would disagree with something I said.  Facebook consumed me.  At first I thought it was just me.  I thought maybe I was addicted and others were not.  However, as time went on I saw others obsessing over the site in the same way as I did.  I realized that I wasn't even as obsessed as some.  For example, I would never check it in class nor did I feel the need to own a so-called "smartphone" with Facebook on it.  However, I still knew that there was a problem.  I spent too much time on Facebook and the time was nigh for a change.

I felt that it was almost impossible to limit my Facebook usage.  However, I am sure that there are some people who are better at curbing their use than others.  I have known some people who claim to use Facebook once or twice a week.  However, many of these people still complain about the site and are often angered by what they see when they check in on it.  I strongly recommend quitting Facebook altogether.  First, I do not see a net benefit from using the site.  Second, it's easy to fall back into a pattern of obsessing over Facebook.

Also, consider writing to your friends and family members through e-mail or calling them.  Instead of using Facebook, try to cultivate strong relationships with them so you do not feel the need to check in on them via Facebook.  This is hard if you have hundreds of friends, but the reality is that very few people really keep in touch with hundreds of people on an intimate level.

Limiting one's use of Facebook is, however, a very challenging endeavor for most people, and that is why I recommend quitting altogether.  You will see the biggest changes in your life if you leave the site and focus on becoming who you want to be.


Many people sincerely want to leave Facebook, but that is often easier said than done.  I realized that the only way I was going to leave Facebook was to remove all of my friends and then deactivate.  That way if I did reactivate, I would have no friends.  I felt that I would feel silly if I added all my friends again.  Therefore, that kept me from coming back.

Sometimes we must take big steps in order to stay away from something.  Merely deactivating a Facebook account will not keep most people from coming back.  It's too easy to go back to Facebook.  Even though I removed all my friends, I could easily make a Facebook profile again.  Therefore, I must keep reminding myself why I left Facebook.  Maintaining this website works well for that.  Whenever I think of going back, I first realize that I would look really silly if I added all my friends back again, and second, I would look like a hypocrite for going back after maintaining this site.

When you do leave Facebook, keep a journal of what you have accomplished since leaving.  I recommend a notebook or some physical journal.  Title the journal "Life After Facebook" or something similar.  Compare your life and accomplishments since leaving Facebook to how your life was before.  Take advantage of the time you have at your disposal.  Don't merely spend the time you spent on Facebook with a similar endeavor.  Instead, create a list of things you want to do and spend your time moving toward your life goals.

As you see that your grades are improving, if you are more creative, if you spend more time reading, exercising, and living well, write it down.  Keep an eye on how your relationships with others are.  Are they improving?  How?  I found myself becoming angry at others for the things that they would say on Facebook.  Facebook had challenged my view of people.  Many people would share their personal life stories with everyone in the world as if it was a soap opera.  There was no reason I needed to know some of those things.

In order to quit Facebook, you have to want to quit.  It is ultimately your choice and nobody else's.  Do not let anyone sway you into staying.  Do not give in to the popular idea that those who are without Facebook are devious.  Do not let anyone tell you that you are missing out.  Many people who have left Facebook have healthier lives.  Many of those who will not leave Facebook barely remember what life without Facebook is like.  In the end, remember, it's up to you to leave or not.

Also read: How to permanently deactivate your Facebook profile.


How can I stay off Facebook once I leave?


Staying off Facebook is often the hardest part.  That's because anyone can deactivate for a while.  Furthermore, you can make a new profile at any time.  However, it's so easy to go back and each day will be a challenge.  Facebook is everywhere.  There's even a Facebook phone that recently came out.  Facebook really wants everyone to be hooked up to the site, and it seems that most of the world agrees.

So, how do you go about staying off Facebook once you deactivated?  Well, the way I do it is by reminding myself what life was like when I was on Facebook.  Another way is in telling myself that my life would not be nearly as good with Facebook as it is without.  It took me some time to prove to myself that life without Facebook was better than life with Facebook.  It was hard to stay away, with all the advertisements telling me to use Facebook or all the friends and family members who wanted me back.  However, I would sometimes see that others did not have Facebook accounts.  I would sometimes read how certain people felt no need for Facebook, and that reassured me that I made the right choice.  Whenever I thought about going back to Facebook I would remind myself of what my life was like on Facebook.  I spent so much time after leaving Facebook with writing, blogging, traveling, finishing school, improving relationships, losing weight, improving health, and achieving my goals that sitting in front of the screen and poking old high school chums did not appeal to me any longer.  Of course, I get very curious about what others are up to, and the reality is that I will not know what is going on in the lives of many unless I sign on to Facebook.  But does it matter?  No.  Why would I need to know what was going on in the lives of every single person I once knew?  If I found out would it make my life better?  Of course not.  In fact, I may find myself becoming jealous of some or angry at the way many are acting on the site.  In the end, I know I would feel like a fool for going back to the site and that is enough to keep me away from it. 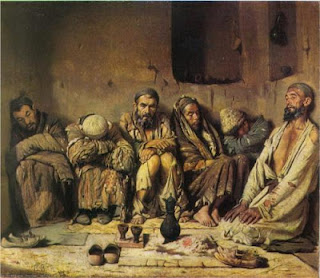 If you want to quit Facebook you have to take it one day at a time.  Leaving Facebook is in many ways like giving up an alcohol or drug addiction.  It is very hard for people to stay away because there is a certain drive in the brain to go back.  Facebook has purposely been designed to be addictive.  We all want to show off what we have done.  We all want the acceptance of others.  We crave "likes" and praise.  It's hard to give all that up.  Yet, giving Facebook up is something that is necessary for some people.  Many people feel angry at themselves for their use of Facebook.  Some are more addicted to the site than others.  Many want to be off the site for good.

Keep track of each day you are off the site.  Keep a calendar and mark each day.  Try to go for a week, then a month, then half a year, then a year.  Can you go for three years?  How about five?  Will Facebook still be popular then?  I hope not.  The longer you go without Facebook, the easier it will be to stay away.

Also, ask your family and friends to not talk about Facebook to you.  Resist the urge to ask about what others are saying on the site.  Your friends and family should respect your choice to leave.  If they don't, send them to this site.  If you keep Facebook out of your mind, you will start to no longer mistakenly feel that you need it in your life.

If you still need help with leaving Facebook, e-mail me at submissions@facebookdetox.org.  I am available with any questions you may have.   If you want to submit your own stories, I would love to publish them here as well!

You have to have faith in yourself and your abilities if you want to make a meaningful change in your life.  There is no reason why you can not, in the end, be free from Facebook and (a)social networking.